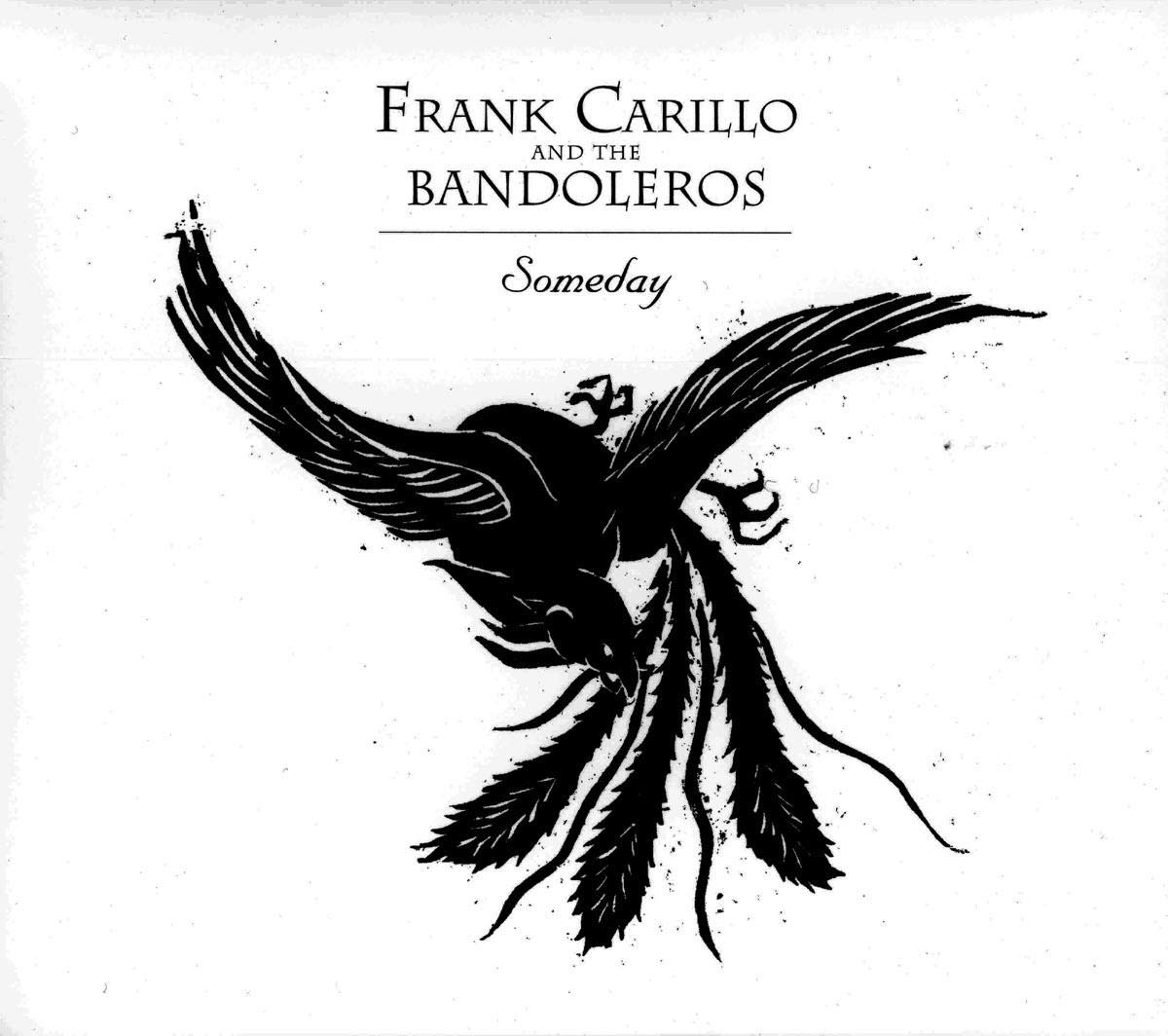 Someday by Frank Carillo and the Bandoleros

Guitarist Frank Carillo's storied resume includes songwriting, recording, stints and jams with everyone from Led Zeppelin and Bad Company to Carly Simon, Twiggy and Golden Earring. Following up 2005's "Bad Out There," "Someday" is about as good as Americana gets. And if there's such a thing as a classic American voice, Carillo's got it. With just enough Springsteen (Don Dixon?) grit, he reels off everyman stories ("Lucky if You Can Breathe," "The Blue Room") and plaintive boogie-ballads ("Someday") with ease and élan. His songs are mature and tuneful, and he easily spins tales that conjure up vivid images: the opening "Roll the Bones" is an old-fashioned, minor-keyed tale of love and money while "The Way Out" offers timeless thoughts on life - and a fine guitar solo. On the punchy "Somebody Poisoned the Well," Carillo's voice brings to mind UK pub rocker Graham Parker, while he adds an edge to the song with spot-on slide guitar. If the sound of '70s rock permeates the tracks (the twin leads on "Don't Get Sammy Started") it has more to do with Carillo's old school honesty than any kind of contrived retro feel. --Michael Lipton - Charleston Gazette Charleston, WV - March 27, 2008

Way back before I was a mere twinkle in the milkman s roving eye, Frank Carillo was writing songs about such milkmen types and their manly, cowboy adventures - roaming the free land, laying a hat down and calling it home etc etc. Fast forward thirty-five years to present day and he s at it again with his Bandoleros and their 2008 album Someday. This ll surely take your Dad back to his youth, or at least the youth he darn well wishes he d had. Let me paint you a picture; virile, Bourbon swilling man o the land , lives a rootless existence, (perhaps wakes up under desert sun with a sore head, a taste of blood in his mouth, next to a dehydrated horse), and sings in heartfelt biographical format about his current days in search for that sweet, small town girl he left behind. Though for all I may joke, it bodes well to recognise that Carillo is somewhat of a musical veteran and has made a career out of bluesy, country tales of (mid-life crisis) woe and this may be what you re looking for. He s well within his genre and if you re a little bit country , this album is a good choice, (and just a tip; Gotta Be You is a great one if you re planning a line dance). --Helen Foley-NRAC-Gateshead, England-March 14, 2008

New Yorker Frank Carillo has been round the block a time or two. He's played guitar with Peter Frampton, toured with Tom Petty, written songs with Carly Simon and penned a hit for Joan Jett. He's appeared in a Meg Ryan movie, recorded with Golden Earring, toured with John Hammond, played sessions with Twiggy - and he just happens to number Led Zeppelin among his celebrity fans. Thirty years after his debut solo album, he's now playing rough and ready rock and roll with a bar-room band, and writing wordy songs that recall the early best of Bruce Springsteen, no less. Both Lucky If You Can Breathe and Somebody Poisoned The Well particularly nod to the Boss's Jersey jaunts, the latter a close cousin of Blinded By The Light with Carillo's gravelly vocal to the fore. Someday is joyous boogie driven by blues harp, acoustic and bottleneck guitars, while Don't Get Sammy Started does the same with the amps cranked up, just like Lowell George used to do. The rabble-rousing Everything Changes is something The Pogues would have a ball with, Gotta Be You is down and dirty rock'n'roll, and Eastern Time gives John Hiatt a run for his money. When he strips things back, The Way Out will delight anyone who was into Dire Straits when they were playing pubs, and finalé Glass Heroes is a fragile treat. This isn't fashionable or glamorous - just honest to goodness songwriting. Get acquainted with Someday soon. --Paul Cole - Sunday Mercury - Birmingham, England - February 14, 2008

Hobbii.com is the one-stop shop for yarn lovers around the world! We have all you need for your next knitting or crocheting project. We are located in beautiful Copenhagen, Denmark where all products are designed and all orders are packed and shipped from.

We are working day and night to become your favourite yarn shop and here is how we plan to do it:

We look forward to welcoming you as a customer 💖