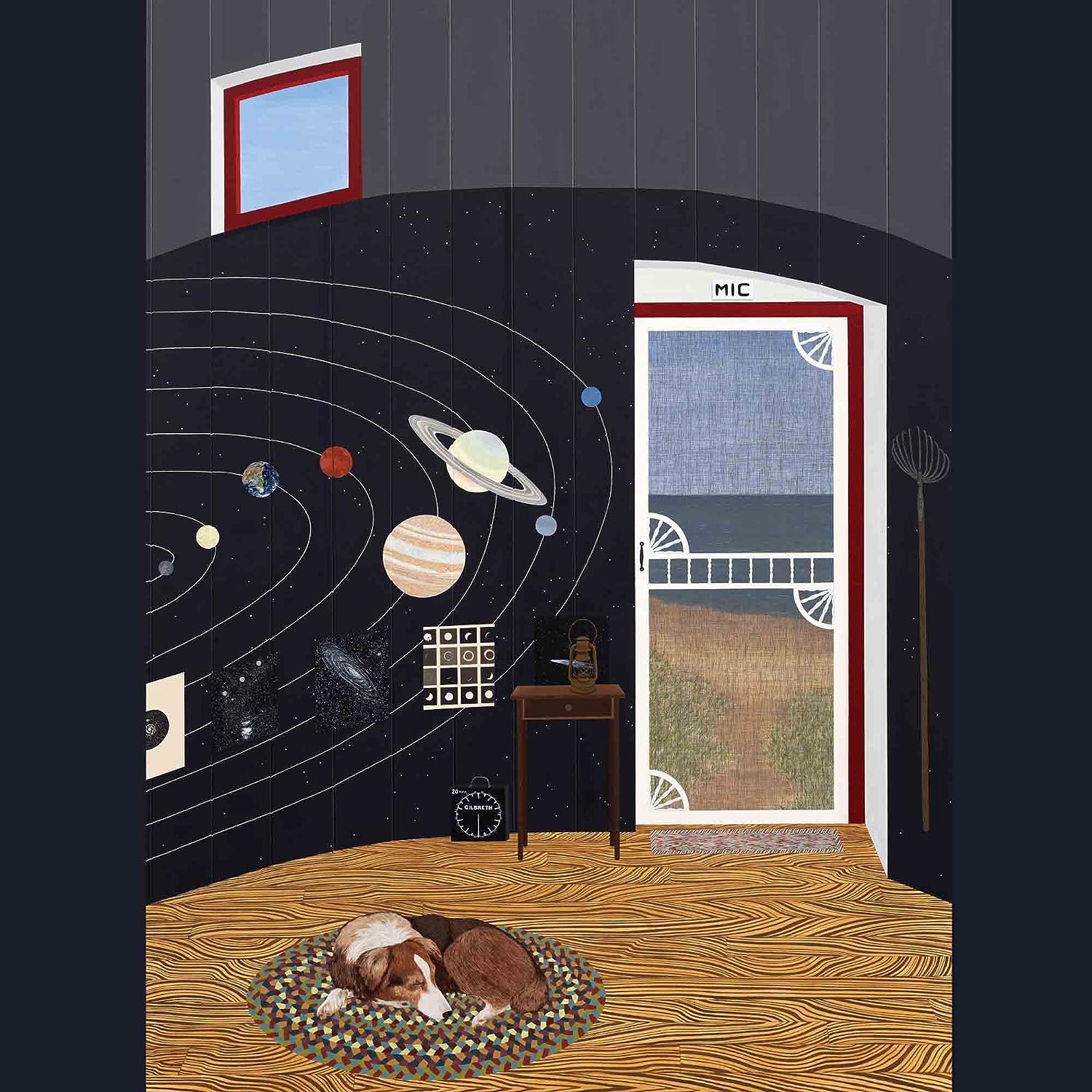 Los Angeles-based harpist Mary Lattimore returns with Silver Ladders, the full-length follow-up to acclaimed album Hundreds of Days. Since 2018, Lattimore has toured internationally, released collaborative albums with artists such as Meg Baird and Mac McCaughan, and shared a friends-based remix album featuring artists such as Jónsi and Julianna Barwick. At one of her festival appearances, Lattimore met Slowdive's Neil Halstead: "A friend introduced us because she knew how big of a fan I was and Neil and I had a little chat... The next day, I just thought maybe he'd be into producing my next record." He was. Lattimore traditionally records her albums holed up by herself, so the addition of Halstead's touches as a producer and collaborator leaves a profound trace. "I flew on a little plane to Newquay in Cornwall where he lives with his lovely partner Ingrid and their baby. I didn't know what his studio was like, he'd never recorded a harp, but somehow it really worked." Recorded over nine days at Halstead's studio stationed on an old airfield, Silver Ladders finds Lattimore exercising command and restraint. Her signature style is refined, the sprawling layers of harp reigned in and accented by flourishes of low-end synth and Halstead's guitar. The music can feel ominous but not by compromising vivid wonder, like oceanic overtones that shift with the tides. This material is colored by specific memories for Lattimore; "Neil has this poster of a surfer in his studio and I'd look at it each day, looking at the sunlight glinting on the dark wave. In these songs I like the contrast between the dark lows and the glittering highs. The gloom and the glimmer, the opposites, a lively surfing town in the winter turned kinda rainy and empty and quiet." Lattimore and Halstead reformed three existing demos and improvised the remaining four songs. Among the batch she brought with her, the title track recalls a trip she took to Stari Grad, Croatia on the island of Hvar. "I spent some days there just swimming in the bay, silver ladders right into the sea." The image stuck with her when she found herself performing at a cliffside wedding overlooking the Pacific. "Before anyone showed up, I had time to set up and play and this song came to me, 'Silver Ladders (to the sea)', so I made a little recording on my phone to remember it." This sketch expanded; a delicately glittering harp melody comes over the horizon, swelling and rolling towards the shore on ebbs of synth and refractory delay. Inspired by a story that Halstead shared with Lattimore, "Don't Look" is the score to a beach-side tragedy. "It was a stunning beach with big waves," Lattimore says, "and (Neil) told me that recently, some teenagers had been out there with these surfboards that were way too light and had found themselves in trouble. The four adults that went in to save them died but the teenagers survived." The power of undertow pulls the melody, which begins in a minimalist and elegiac mode, deeper and deeper. Heavy strikes on low harp strings summon up Neptune's wrath, dashing heroism against the roar of the sea, permitting those naive enough to enter that dangerous water to exit, now less naive. Lattimore's song titles often evoke fragments of things heard or misheard. In an anecdote from Lattimore, "I chose 'Chop on the Climbout' as a title because a pilot once said, 'Folks, there's going to be some light chop on the climb out' and I thought the language had an insider mystery that was compelling. The song reminds me of plane traveling." Listeners can feel the drama of aeronautics; the thrust of liftoff, the rumble of overhead luggage as the craft ascends into the belly of cloud cover. Passengers yearning to traverse wide distances in brief moments. The hum steadies into a mesmerizing drone, a synth on top of which Lattimore and Halstead take turns exchanging chiming leads smeared with static-laden air pressure.

Our list of the basic gardening tools you need will give you the core help for you to succeed in your garden. Stop by your Georgia or Charlotte Pike.

Whether you have a vegetable garden, rose garden or weed garden, here is the best round up of gardening tips and ideas that you've probably never tried!

Swamy Nursery & Florist was established by Shri. Muni Reddy, in the year 1975 and is a leading supplier of plants to various state governments and central government agencies NGOs, Horticulturists and nurseries.

With our vast experience over 35 years, we are producing, cultivating and marketing different kinds of plants all over the country and we also undertake projects of landscaping. We own thousands of varieties of plants in the plant kingdom. Our plant production and marketing house is situated at Bangalore.

Our organization is a unique essence of greenery, freshness, immorality and indeed a green revolution. We are very proud to introduce the reputed green enterprise to those who endeavor nature and since our establishment we are being a part of India's richest biodiversity. We boost our customers from all cities of Tamil Nadu, Kerala, Karnataka, Pondicherry, Maharashtra, West Bengal and Andrapradesh who are a prominent part of this biome.

Our organization is led by Mr. Muni Reddy and sons having a practical experience of 40 years in the landscaping and horticulture. With his able assistance he is managing the group of Landscape Architects, Horticulturist and other staff.

Beautify with Shrubs, ideal for borders, hedges or specimens. Bring the delight.

Variety of Cactus, Succulents and Euphorbia are available for garden beauty.

Tough perennial plants ideal for use as groundcovers and durable even.

Special Houseplants with many varieties cultivated and sold regularly to customers.